Use Code CSBGSALE25 at Checkout

Find anything you need

You have %itemCount% in your cart.
Total being %total%

The month of February has been blossoming with babies all across the board! There are newly expecting parents, first time parents, and parents adding a new baby to their bunch; particularly in the land of celebrities.  Actor Hugh Grant, 52, just welcomed his second child with partner Tinglan Hong, 33.

The month of February has been blossoming with babies all across the board!

There are newly expecting parents, first time parents, and parents adding a new baby to their bunch; particularly in the land of celebrities. 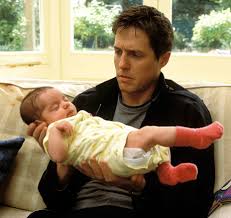 Hugh was recently on The Ellen DeGeneres Show where he claimed, “Now that I have [a child], it is life changing.  I recommend it. Get some.”

Sara Rue, 34, the star of Less Than Perfect, had her first child with husband Kevin Price this month.  They named their daughter Talulah Rue Price.

She recently tweeted, “Had the best Valentines Day w/ my husband & our new baby daughter Talulah! She was born a few days ago & we couldn’t be more in love w/ her.”

Singer Fergie and her husband, actor Josh Duhamel, recently shared with the world through Twitter that they are expecting a baby.

The couple, who wed in January 2009, have been open about their desire to have children.  Fergie stated back in May 2011, “Not right this second,” while her husband added, “We’ll go there at some point.”

Congratulations to them both, their point has arrived!

Rather than the bright primary colors and animal themes of a classic baby shower, this mom-to-be shows off the rustic aesthetic with her farmer's market inspired baby shower. Surrounded by...

A Baby Shower That's Sweet As Can Bee

The birds and the bees have done what they do best and now a new mom is waiting for her precious bundle of joy. Why not tailor the shower to...

For a perfect woodland baby shower, take to the wilderness like this gorgeous family. To celebrate the impending arrival of their little boy, they brought family and friends together in...